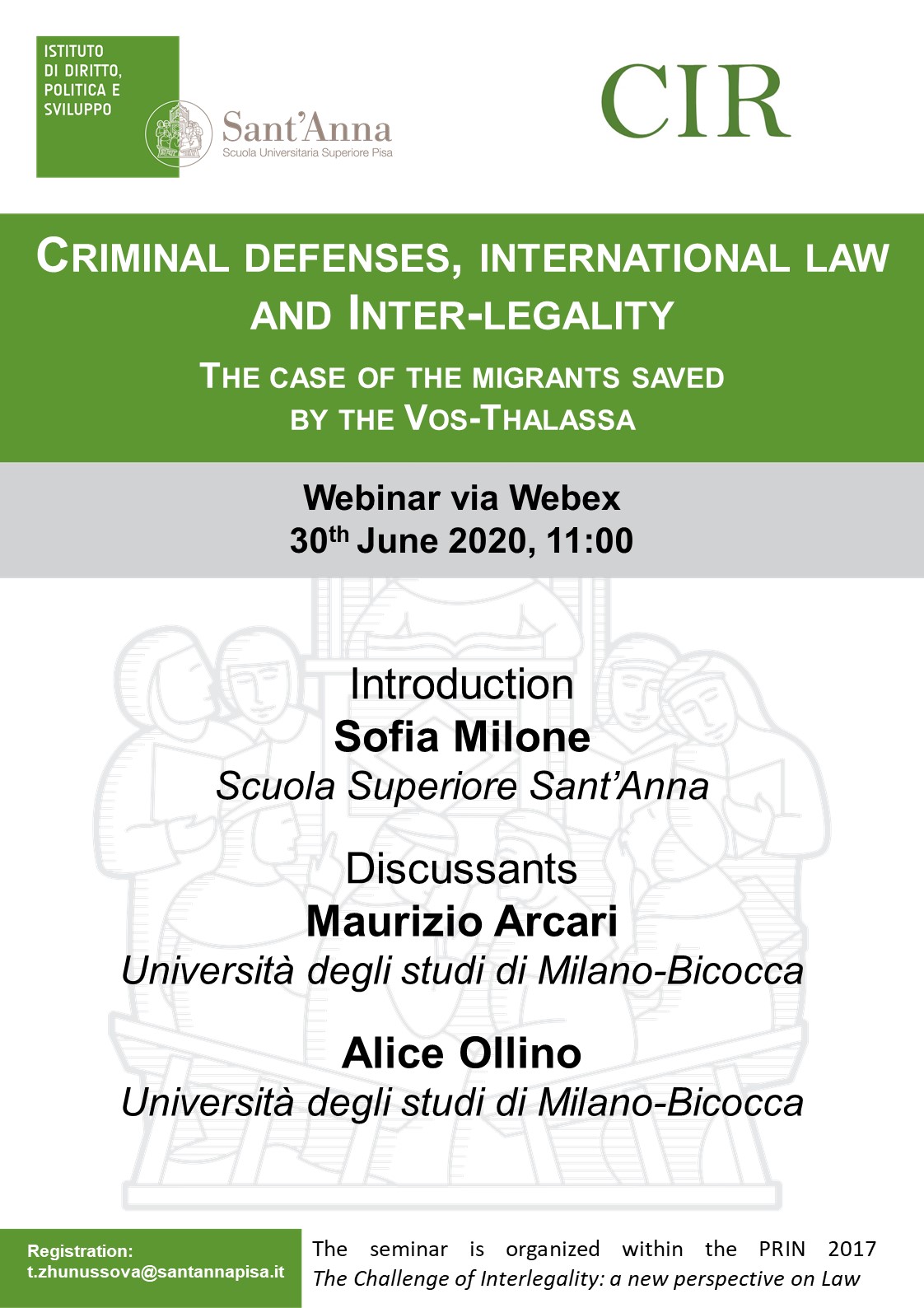 The CIR team was delighted to host its third webinar on 'Criminal defenses, international law and Inter-legality', which took place on the morning of the 30th of June, via Webex. The seminar was devoted to the discussion of the decision of the GUP (judge for the preliminary hearing) of Trapani of 3 June 2019 regarding the application of the self-defense clause (art. 52 of the Italian criminal code) to two migrants who led a revolt against the crew of the Vos-Thalassa rescue boat to fight against their return to Libya. The interplay between domestic criminal law and international law was analized through the lens of inter-legality.
The decision was presented by Dr. Sofia Milone, while subsequent insights were given by Prof. Maurizio Arcari and Dr. Alice Ollino.
In the second part of the webinar, there was an interesting debate about the need for this interlegal approach to solve the case and about the significance of such a use of the interlegal method.