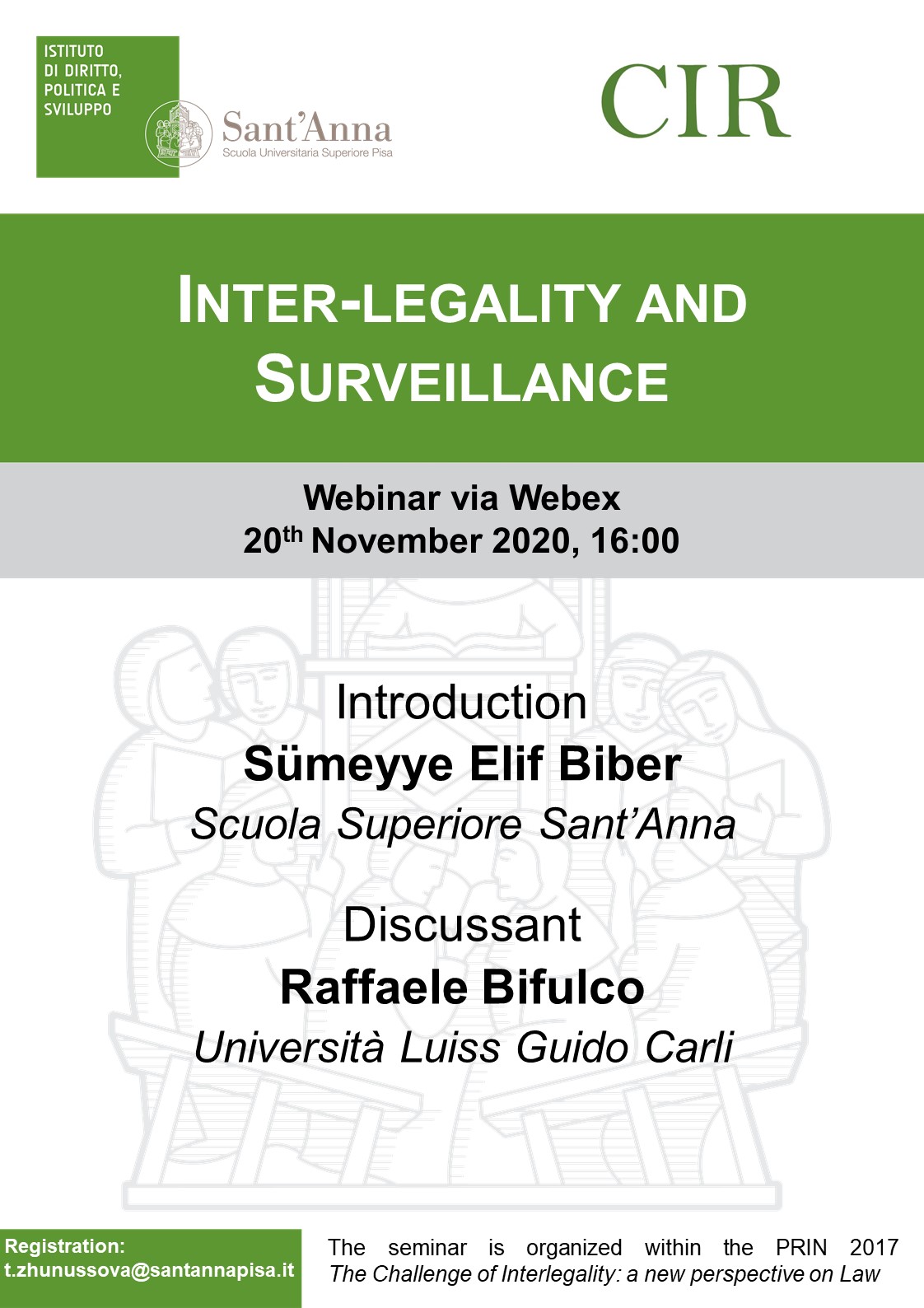 On the 20th of November, the CIR team held its webinar on 'Inter-legality and Surveillance'.

The seminar was devoted to the discussion of the recent case of German Constitutional Court from May 2020 (BVerfG 2835/17), in which the Court - relying on international and European human rights norms - ruled that telecommunication surveillance of non-German individuals outside German territory violates the German Constitution.

The complex decision was presented by Sümeyye Elif Biber, while subsequent thoughtful insights were given by Prof. Raffaele Bifulco. After their presentations, all the participants took part in an interesting debate, where it was discussed if and why the judgment can be considered an example of inter-legal reasoning.